Since this is Donald’s first Fall in Michigan, I wanted him to get the best view of the trees changing colors as possible. I had always heard about the Tunnel of Trees at the north end of the lower peninsula, but I’d never made the trip at the right time to be able to see the leaves at peak color.

We are trying to do that this year! Most years, it seems as if it is nearing peak time, but then just before you go out to see the colors, it rains a ton and all of the leaves fall off the trees and you are left with bare twigs and brown leaves to look at until spring.

They are predicting that this year the colors should be more intense, since we are having a warmer than usual end-of-summer.

One of the ways we are trying to time our trip is to look at webcams near the Tunnel of Trees (which extends from Harbor Springs to Cross Village, MI). There is a YouTube feed of the Steeple Cam Live View of Downtown Harbor Springs, MI that gives us a good look around. It seems as if most trees right now are fairly green, but the colors can change fairly quickly. We will check again in a week to see how things are progressing!

Until then, let me know what your favorite spot is to view the fall colors!

For some reason, I woke up at 5 am this morning with some very vivid memories of my Mémère’s house. Mémère was my great-grandmother – my mom’s mom’s mom.

Her house was in Madison Heights, MI on a street called Harwood, if I’m remembering correctly. It was a brick house with an extra lot to the left side, where Mémère had a bunch of raspberry plants.

When you went in the front door, the hallway would turn to the right to bring you into the living room, but immediately to the left was a low, rectangular curio cabinet. Inside, Mémère kept her collection of salt and pepper shakers. She must have had hundreds of pairs, in all different colors and shapes.

In the hallway, there was either some chairs or maybe a couch. I don’t recall this precisely, but I do remember seeing Mémère sitting down in that hallway area praying the rosary.

The living room, I think, was a light green color. On the far right wall, there were two large, oval black and white photos – each showing a portrait of a man. When I asked Mémère who they were of, she would answer “Pépé.” What I didn’t understand as a kid was that they were two different people, and that Pépé could have more than one meaning. One was our Pépé, her husband, who had passed away when I was about a week old. But the other one was Pope John Paul II, our Holy Father at the time. So, yeah, I grew up thinking that an image of the pope was my great-grandfather.

Once you turned the corner into the living room, the house went straight back. On the left were two fairly small bedrooms, and on the right just behind the living room was the bathroom.

The hallway ended in the kitchen. There was a small table on the left, the refrigerator straight ahead by the back door, the sink to the right, and the stove on the wall opposite the refrigerator. On the counter between the sink and the stove was a large toaster oven, which I thought was really cool; I had only seen the kind where the bread pops up from the top.

One of the things that Mémère was known for was always having tomato rice soup waiting for you when you came over. Mom says that it was very simple: just rice and water and tomatoes. I just remember that there was always a pot bubbling away on the stove and it was delicious. I think I added a bunch of salt to mine – I was really into a lot of salt in my food when I was younger.

Isn’t it interesting how places can leave their own imprint on you, even decades later? I could relay some of my memories of Mémère, but I think I’ll leave that for another blog post. If you have any specific memories of a loved one’s home or a special food item they made, please share in the comments.

Until our next adventure!
— Jenn

It has been a little while since we have indulged in one of our favorite lunchtime pastimes: finding a new city park to explore. We tend to do this a little more in Tallahassee, but we have found that there are quite a few local parks in Troy which are beautiful and fun to explore – particularly in summertime. Today, we returned to the Stage Nature Center – where we had seen the mink earlier in the year – to see how it looks when everything has had a chance to green up.

This is the Rouge River, as it is here in Troy, a little more than a creek.

We only had about 30 minutes to spend at the park during my lunch hour, so we made a quick trip around the Sugar Maple loop. It was really neat to see the different colors of green in the leaves and how the sun lit up the trees. The part of the loop that we walked also had a display of the various stages of tree/forest lifecycle, with logs in various stages of decay and decomposition.

The nature center has programs in the winter/early spring where you can rent a tap for a sugar maple tree, then collect the maple syrup produced from the sap.

We spent a few minutes at this crossroads in the paths to watch some chipmunks. They are FAST little ones! One of them ran up a tree and started chittering very loudly for quite some time. At first, I didn’t know what was making that sound and ended up recording it on my Bird ID app. I’m not sure if he was mad or excited, but he certainly wanted everyone in the forest to hear what he had to say!

Just as we were about to move on from the chipmunk area, we spied four deer running parallel to our path. Donald’s phone has much better zoom on the camera and he was able to get this incredible photo.

We just did the short 0.4 mile Sugar Maple Loop today, as I only had an hour for lunch. It was really pretty and we want to come back after work one day to see what animals are active in the early evening, as well as spend more time in the back half to see if we can spot our mink friend again.

I love seeing all the different colors of green!

This was a very BIG bee on this flower. It’s in an area of the nature center which has been planted as a monarch butterfly migration station.

I love when parks make boards like this to help people know what kinds of flowers and plants are indigenous to the area, and to promote planting native plants in gardens. Sometimes, you will see a companion board, where they will inform you of invasive species in the area and ask people visiting the park to help remove the invasive species if they are seen during your walk.

This was just a quick out and back visit, but we had a lot of fun. It was great to take a break and get away from the house for a bit, as well as to enjoy the warm, sunny, non-humid weather while we have it!

You can now listen to our blog via our podcast! It is available from Anchor via Spotify, but we are also working to get it published to other podcast platforms. Don’t worry, we will be working on our audio quality as we go! Enjoy! 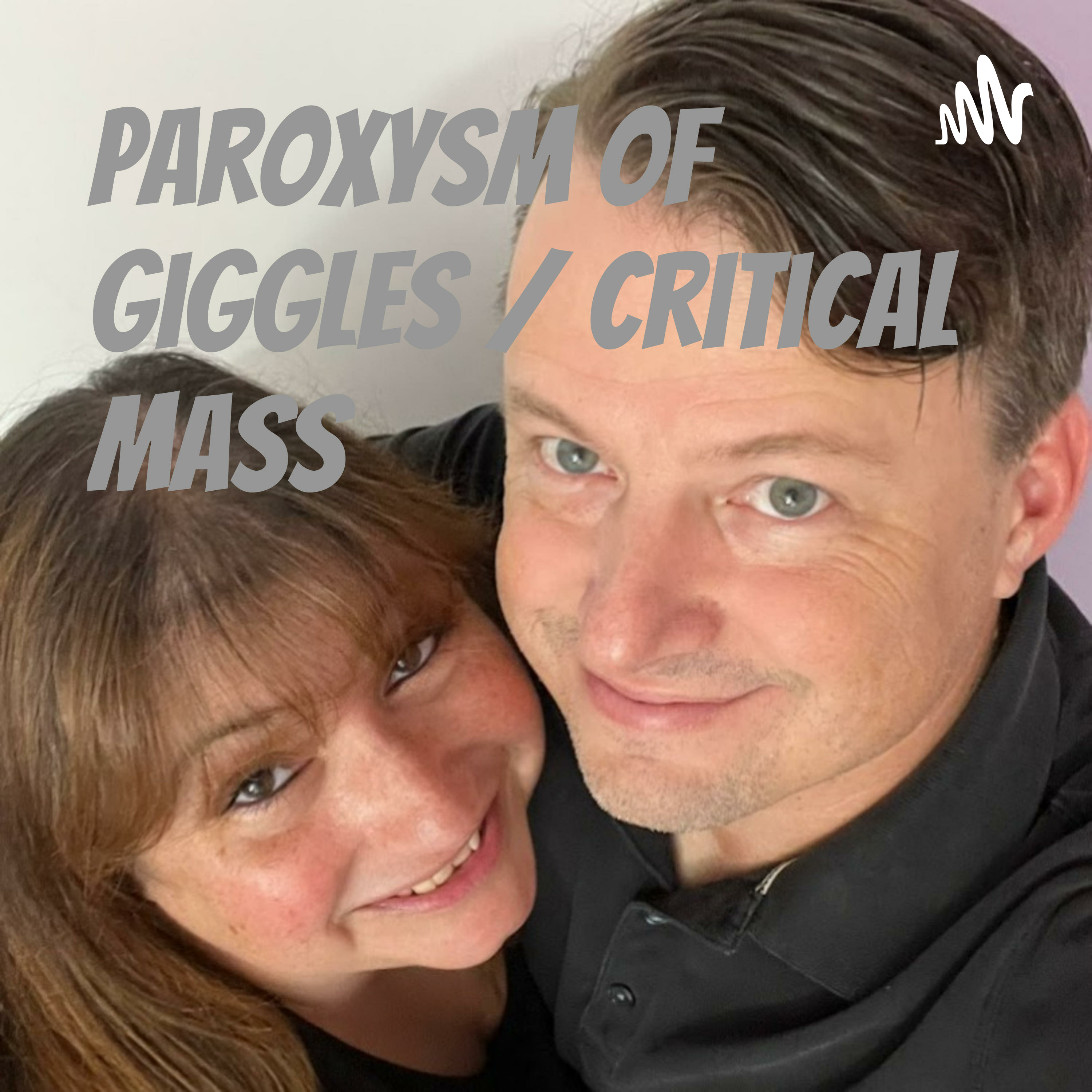 In Search of Fall Colors – Paroxysm of Giggles

It has been rather chilly in Michigan these past few days, and while the temperature was still on the low side, the lack of cold winds and bright sun made it feel good to be outside.

So, when lunchtime came, Donald and I decided to make a quick trip down the road to Quarton Lake for a walk around the water.

These bright blue flowers were blooming in yards surrounding the lake. Siri thinks they are called Scilla. 😀

The birds (mostly robins) were chirping away and foraging, and the squirrels (both black and red/gray) were having fun running in and around the trees.

Quarton Lake is in the middle of a residential area in Birmingham, surrounded by large houses of varying architectural styles.

There are so many different species of pine tree here in Michigan. This one reminded me of the Torreya pines in Florida which are very rare. However, the needles on this one were a lot softer than on the Torreyas.

On the Maple Rd side of the lake, there is a small park that includes this white fish sculpture. And, of course, the waterfall. 😀

The watershed from Quarton Lake feeds into the Rouge River (or so I would assume from the signage on the bridge 😜). Some of the houses in the neighborhood were lucky enough to have the river on their backyard.

I’m no nature expert, but I think these yellow flowers may belong to a Forsythia bush.

At the south end of the lake, there is a grist wheel and a plaque to let people know that Quarton Lake used to be called Mill Pond and was the site of a grist mill which ground grain into flour for the Birmingham community.

Just a couple of the beautiful houses surrounding the lake.

This view is from the north side of the lake. Our lunchtime walk took us completely around the lake. It was great to get out of the house for a bit and enjoy the sun on our faces!

If you have been enjoying the last few posts about the shenanigans of our stuffed giraffe baby, Acey, you can follow his adventures on Instagram: acey_giraffe. 😂❤️
After work happy hour! 😋
Relaxing on the porch of the Grand Hotel with my boy! 😍❤️
Current view. The storm that rolled through knocked out the power. No worries, though. We have pizza on the way, and plenty of candles, flashlights, board games, and books to get us through the night! Have a lovely evening, everyone, and stay safe!
We took a lovely walk through Firefighters Park after work today! 😍 So pretty, and the weather was gorgeous!